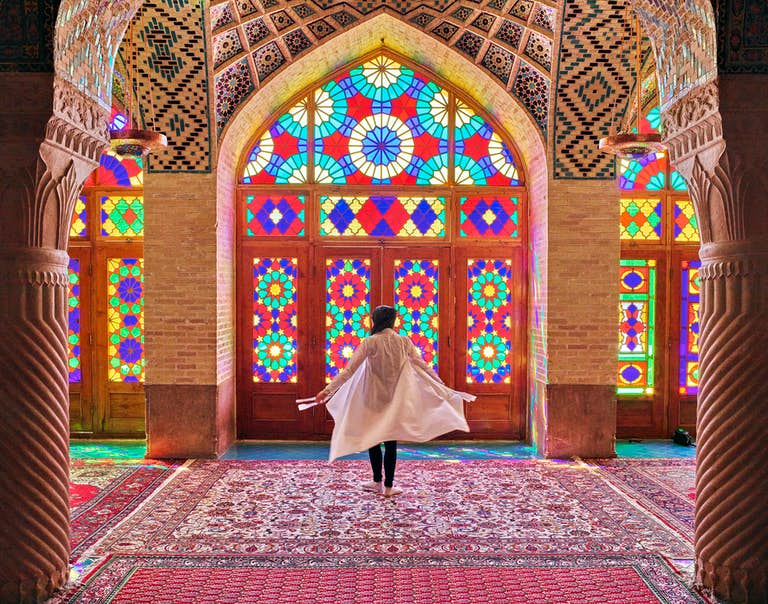 Guided visit in English by Ruud Priem, curator of the exposition

With Alfred Seiland, a familiar face returns to the MNHA this autumn.

Following his 2014 exhibition Imperium Romanum, the Austrian photographer will present his latest project Iran between times

The exhibition includes a selection of approximately 60 photographs from Seiland's Iran series, which he began in 2017. Similar to his previous project,Iran between times draws on the interplay between past and present and the ways in which people relate to it. The selection encompasses landscape photographs, illustrating the rich and complex history of Iran, as well as photographs of unadulterated scenes from everyday Iranian life.

Analogue large-format photographs, for which Seiland is known, alternate with more spontaneous medium-format camera shots, always maintaining the uniform visual language from his previous Imperium Romanum series. With this project, the photographer aims to challenge the viewer to critically think about how Western media oftentimes fail to represent an unprejudiced and unbiased view of the former Persian Empire, and to reflect at the same time on the major socio-political topics that are at the forefront of Iran's society today. - Read more

Bärbel Aubert will welcome the Amis des Musées for this visit.

Following the recent sanitary recommendations, the museums and other cultural institutions are obliged to limit the groups  to a few participants (including the guide).

In case you wish to attend a visit, it is mandatory that you are member of the Amis des Musées, have registered and that you will be present at the visit under condition that you received a due confirmation.

Without a due confirmation we would regret to refuse your participation to the visit.

For the visit we recommend the respect of the security recommendations by wearing a mask, disinfecting your hands and keeping a distance of 2 meter minimum to to the other participants.