Since the 1990s, French artist Stéphane Couturier has been interested in buildings, work sites and architecture, which he deconstructs and then recomposes in his photographs. After his initial “façades”, which are more representative of the Düsseldorf School of Photography, he very quickly evolved towards a more artistic and even archaeological approach to photography. When he talks about urban archaeology, he is thinking about the work of fragmentation and recomposition which the photographic process initiates not only in the investigative work involved in identifying locations, but also in the artistic research of hybridising and merging shots, and opening up the field of interpretation.

Whereas in his first series Archéologie urbaine (1996), Stéphane Couturier updated the successive strata of urban transformations by focussing on the materials and colours in richly blended photographic fragments; in Melting Point (2004) he proceeds by amalgamation, bringing greater formal fluidity to his compositions, rather than linear rigidity. In the artist’s own words: “Instead of successively capturing different views of observed reality, the idea is to get as close as possible to the pure sensations you notice during your wanderings, juxtaposing two viewpoints in the same photograph.”

The majority of his series characterised by an absence of perspective, in which the two-dimensional interplay of lines and the merging of coloured forms predominate, increasingly resembles abstract geometric tables.

This is also true of his series on the French port of Sète, with its echoes of the work of Fernand Léger. Using digital tools, he creates works which are deconstructions of reality, forming new constructions from an archive of photographs which he uses, like a painter’s materials, for their forms, structures and textures.

In his approach, which goes beyond that of a photographer concerned about presenting a truthful image, Stéphane Couturier likes to place his concept of photography at the intersection between documentary, artistic, photographic, urban and sociological creation, with the clear commitment of a contemporary artist. (Visuel : Stéphane Couturier - Nouvelles constructons - -2019 - Fondation Vuitton - 200 x 159 cm). 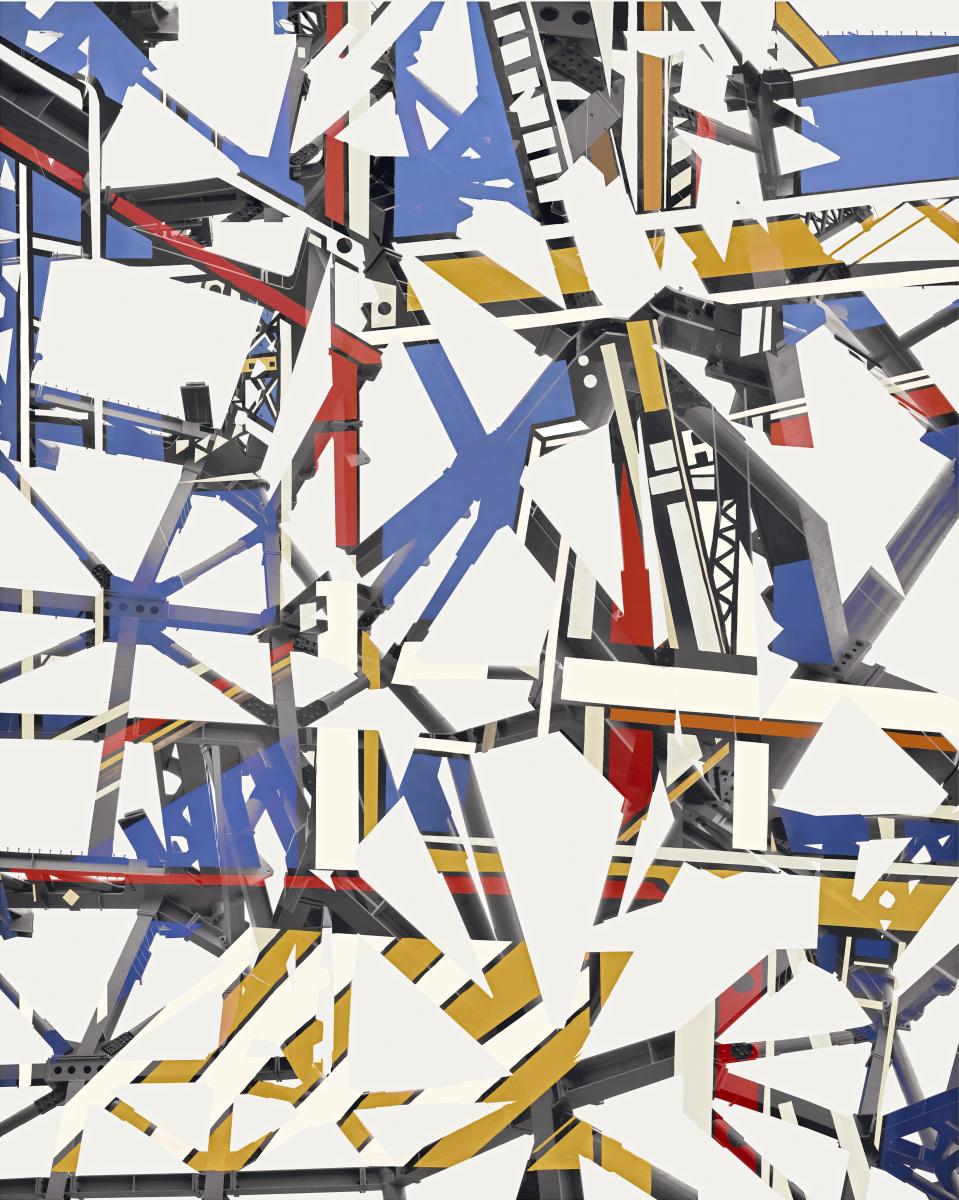